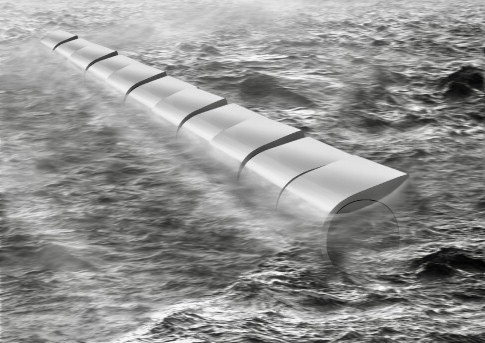 A set of nodding-duck shaped bodies, performing pitch oscillation, with different phases. Notice the calm water behind the ducks (due to loss energy to the ducks)

Imagine if you will, several technologies that can be combined with the technology developed by Henrik Stiesdal plus the technology of the bladeless fan developed by Sir James Dyson and incorporated into a Cooling Tower Venturi where the spinning shaft is vertical with the weighty gearbox at the bottom invented and patented by Roy Patten

AKA a world beater